Microsoft has been simplifying Windows for dual-screen devices, and later canceled the project and changed it to Windows 11. From a visual point of view, the taskbar part has undergone major changes. Microsoft has centered the application icons, cleared the tray area, and included a new start button and menu.

The new version of the start menu is just a simplified version of the current Windows 10, without live tiles. It includes fixed applications, recently used files, and the ability to quickly shut down or restart Windows 11 devices. It is indeed much simplified than what exists in Windows 10 today.

If you don’t want the app icon and start menu to be centered, there is an option to move them all back to the left. Coupled with the equally available dark mode, Windows 11 is starting to look like a more refined version of Windows 10, rather than something eye-catching new.

Microsoft also uses rounded corners throughout Windows 11. These are visible around the right-click menu, application, and file explorer. The start menu itself also includes rounded corners. This is still a leaked early version of Windows 11, so not everything is included yet.

You may have noticed a new icon in the Windows 11 taskbar, which is marked as Widgets in the operating system. There are rumors that Microsoft is bringing back Windows gadgets, and this early version seems to include some.

Since this is clearly a very early version of Windows 11, these widgets are not fully loaded in the operating system, but they are designed to slide out and provide quick access to news, weather, and other web content.

According to the sneak version, the built-in file manager of Windows 11 has not changed much. The touch support has been improved, and the default file type icon has been upgraded to give the file management system a sense of freshness.

The window and navigation buttons of the file explorer also have rounded corners. This is to improve the consistency of the user interface and make the design easier to identify. Unfortunately, the properties tab of File Explorer does not support dark mode, at least in the leaked version.

In addition to rounded corners and updated icons, it should now be easier to access the new file explorer on touch screen devices. This is because Microsoft has added additional fillers to make the existing interface more touch-friendly and easier to use with your fingertips.

It seems that Task Manager has not received a major revamp in Windows 11. Only rounded corners and detail adjustments are enabled.

Windows Search will now float above the taskbar, and it also has rounded corners to match the look and feel of the updated Start menu.

In fact, Microsoft has updated the classic and modern context menus with rounded corners, and the new look is almost everywhere.

The leaked Windows 11 version shows that there are some key UI changes in several parts of the Windows Action Center. The Action Center of Windows 10 has been updated with elements from WinUI and Windows 10X. It looks no different from the existing action center, but we are likely to see some improvements in the post-build and experience packs of Windows 11. 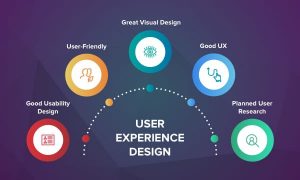 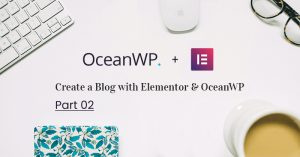